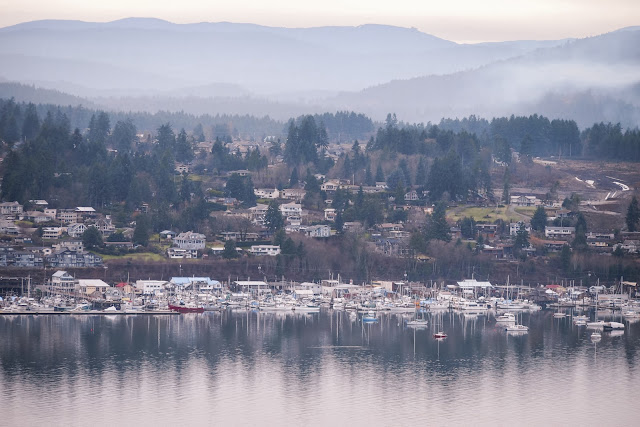 At the bottom of the bay are commercial docks accommodating deep sea ships (see the photo below), at the one side is the village Cowichan Bay (photo), and at the other side Mount Tzouhalem. This photo was taken from Mount Tzouhalem.

The Bay has a large amount of privately owned buoys anchored where the owners moor their boats for free. Some of these boats are occupied by year around live aboards who by necessity live off the grid. 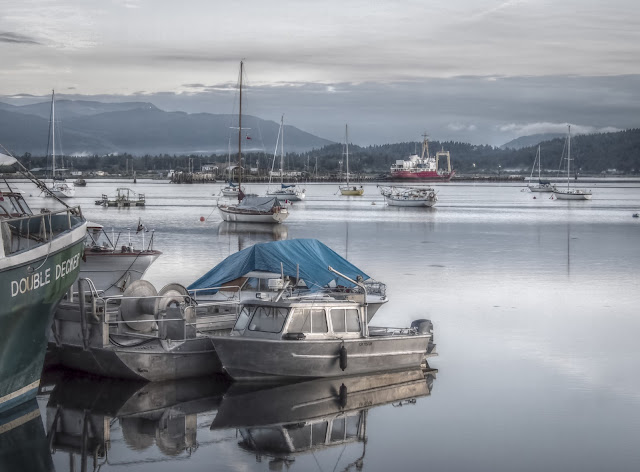 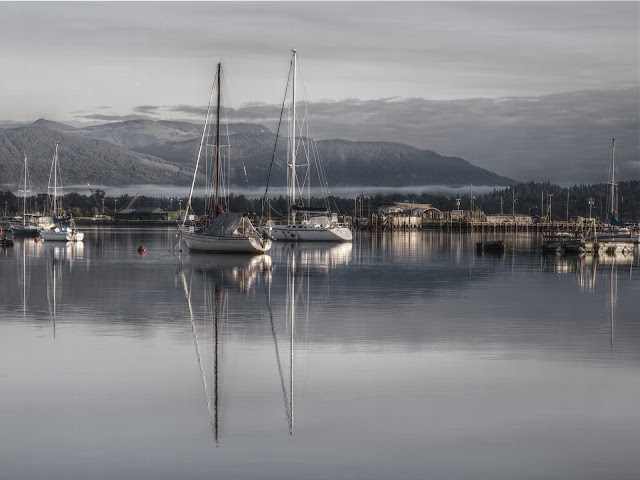 The Bay has a varied wildlife population. The more visible species among them are herons and sea lions. The herons may be seen a stone throw away from their heronry fishing at the low water edge from spring into summer, while the sealions wait for autumn and spawning fish that congregate here  till they can make it up the rivers. 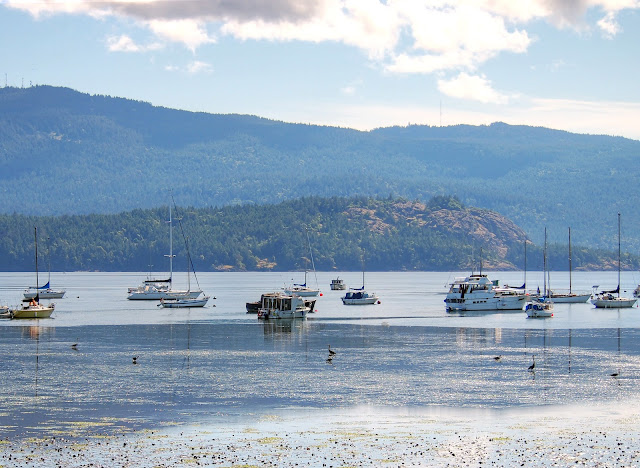 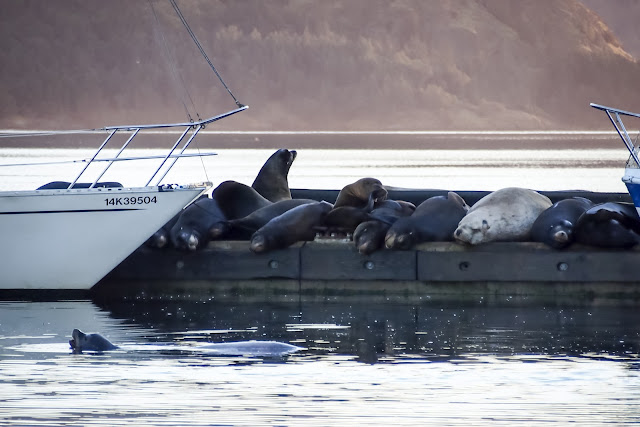 Cowichan Bay, even though a tourist spot nowadays, has very much maintained its historic working place action. The fishing fleet no longer comes in late at night to offload its catch, but the working boats are still here and going out at the proper times or openings for a variety of catches. 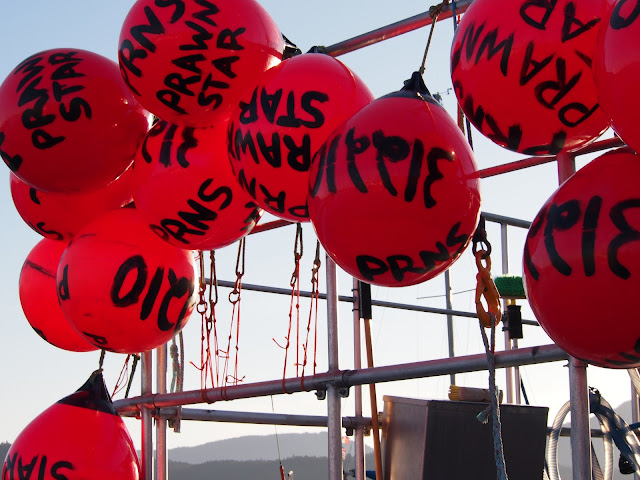 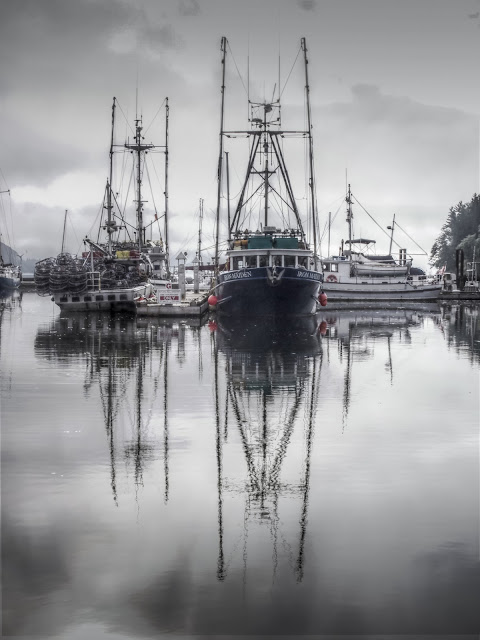 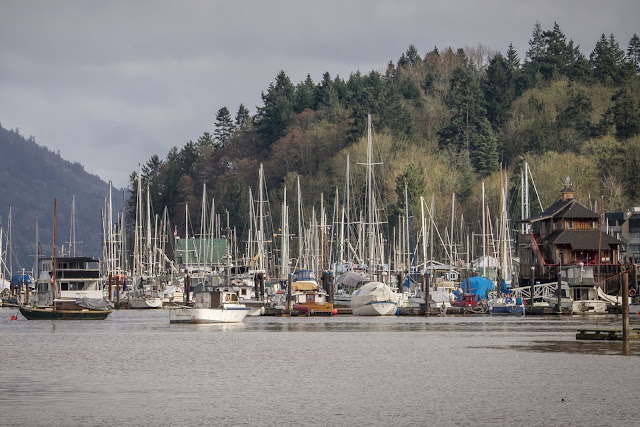 From Government Wharf  across the breakwater stretches Cowichan Bay. 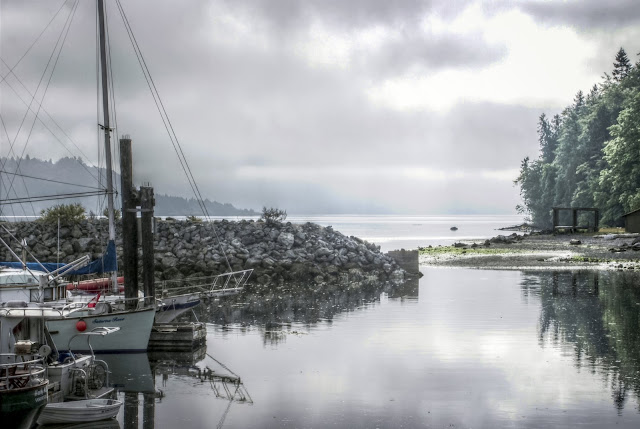 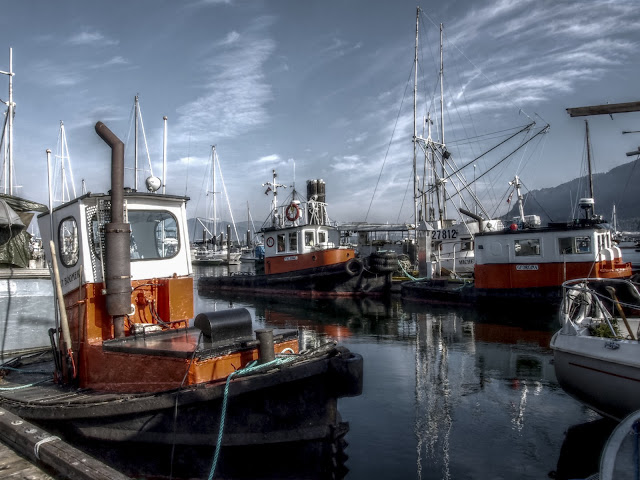 Here are the connections between land and marinas The hoisting equipment was last used in the mid nineties for unloading trawlers and other fishing vessels. 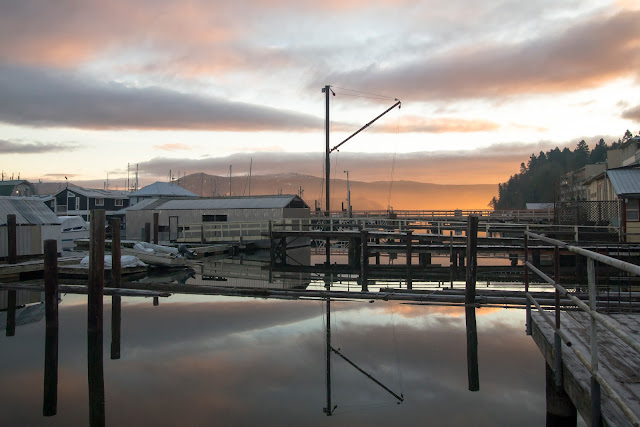 Nothing much changes in the Bay ever except by utter necessity. 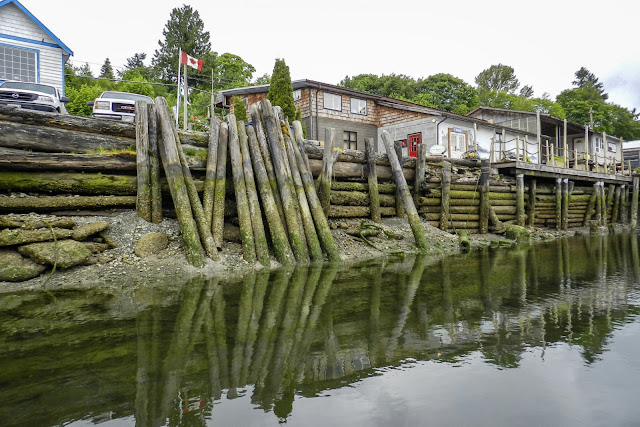 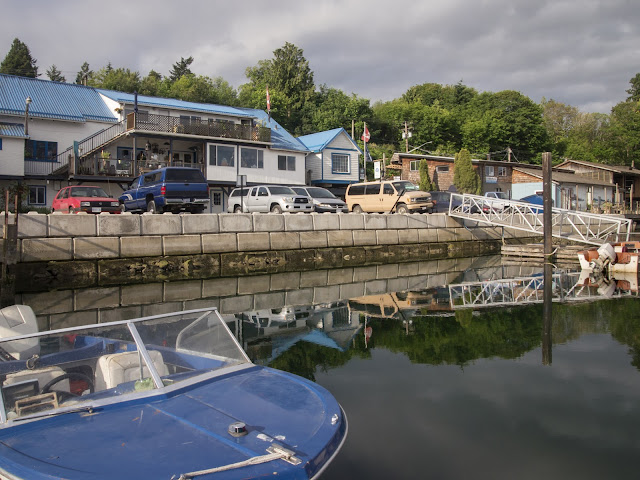 Cowichan Bay is a bay of pilings and even the water's edge structures are built on pilings. 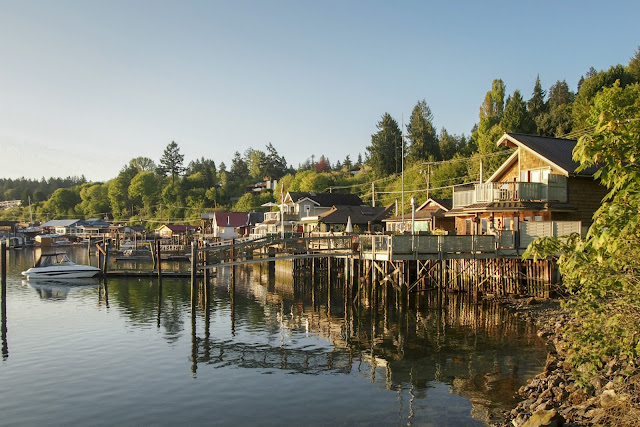 The far end of this line of houses runs into the marinas that show six photos back.
In this short photo essay I have tried to portray some of the watery side of town. A future installment will deal more with the land based part of town. 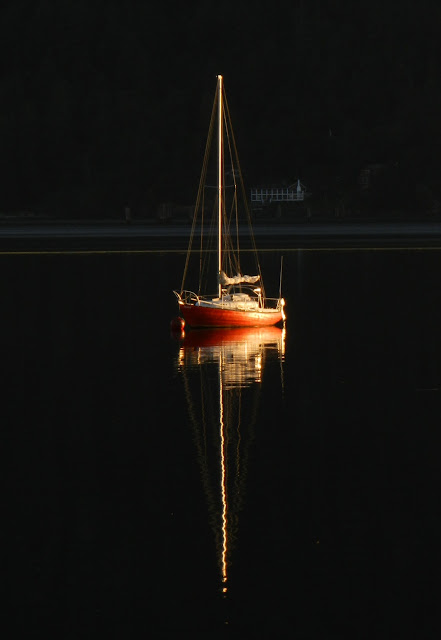