In this issue I am posting some photographs of buildings in downtown Duncan, the City of Duncan. As a city Duncan is, area wise, the smallest Canadian city. With 5,000 inhabitants and mostly two storey buildings There isn't anything big about this city no matter how one looks at it. However new buildings in the downtown core tend to be higher and so the city grows taller building by building. The older buildings, that make up the approximately six blocks of the downtown area, were built during the first half of the twentieth century into the 1950s and I have selected a few of those for this entry.

For starters there are buildings on the other side of the tracks; the Garage and its neighbor. It is not difficult to realize  these buildings past use but now the Garage is somewhat like a mini mall with a nice coffee shop (coffee beans roasted locally and good food as well), food store, bookstore and on the second floor room for events and entertainment. The building next to it speaks for itself. 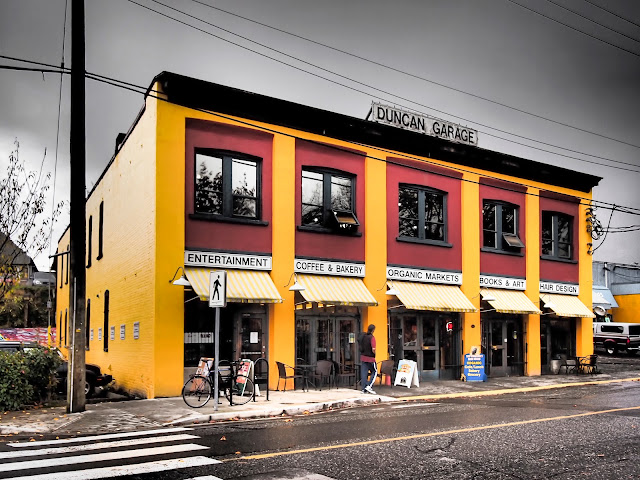 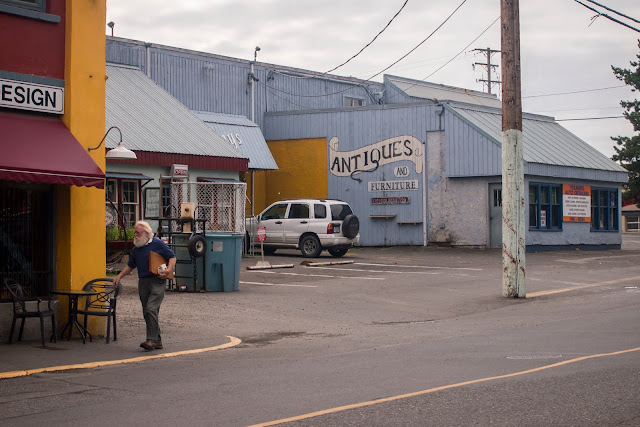 Crossing the railroad tracks we run into the station. For now I like to show just the waiting room part, since the 1912 building itself may become the subject of another blog entry. 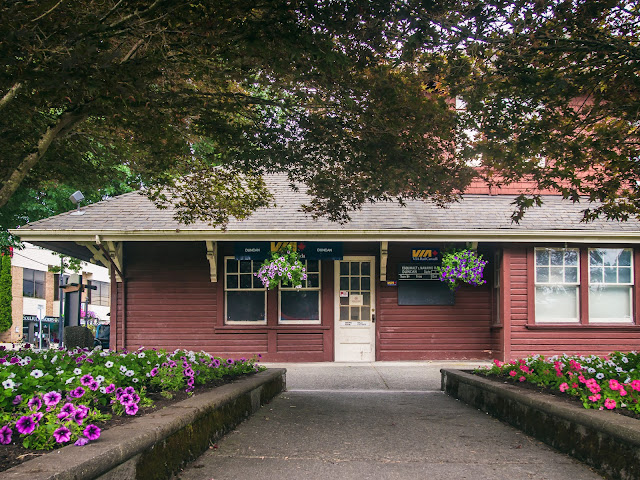 VIA Rail stopped running its dayliner earlier this century and since then the tracks have not been maintained and are now in total disrepair Hence freight trains stopped using the line as well except for one. I watched this one train last year. It goes as far south as the animal feed mill just outside Duncan at a speed of 10 or 15 clicks per hour. When in Duncan sometimes I can still hear that train whistle blow.

Across the street from the station (Canada Ave) is the bank of Montreal with its main entrance on the suitably named Station Street. 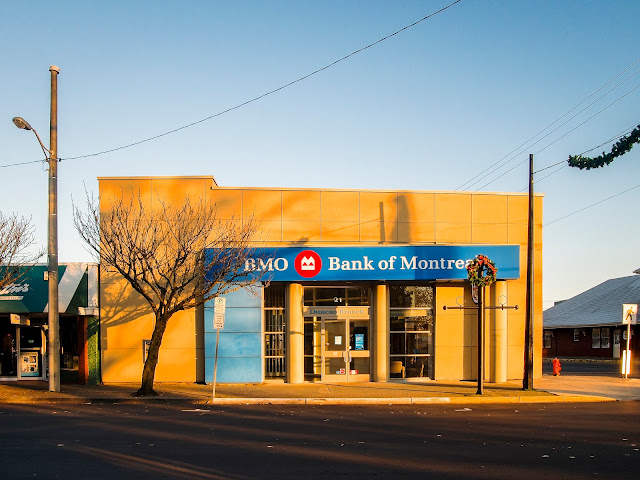 Let us look at a few more Station Street buildings. This one is a few numbers up from the bank. It was a cafe restaurant until turning into a thrift store not all that many years ago. Below it, through the door on the left, was the pool hall, great place, before that basement became Duncan's best second hand bookstore. The bookstore is long gone as well and I have no idea what's happening in that basement nowadays. 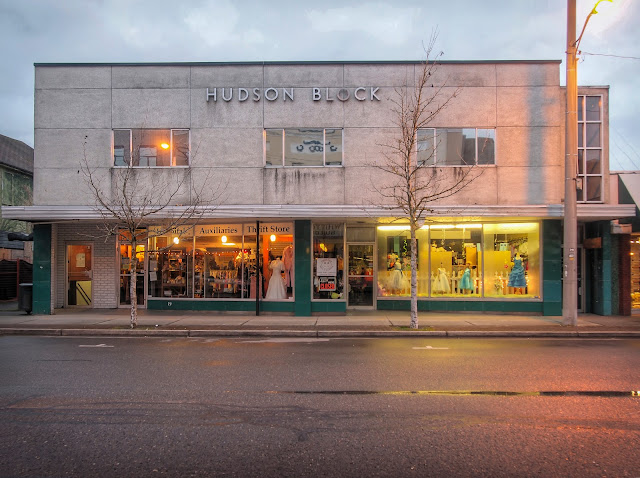 Across the road we see this: 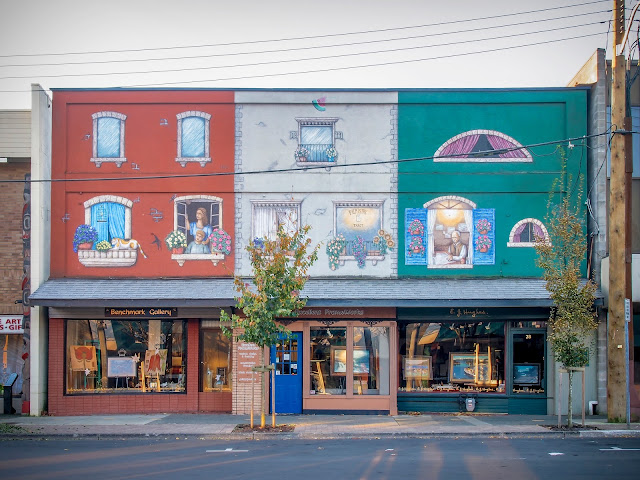 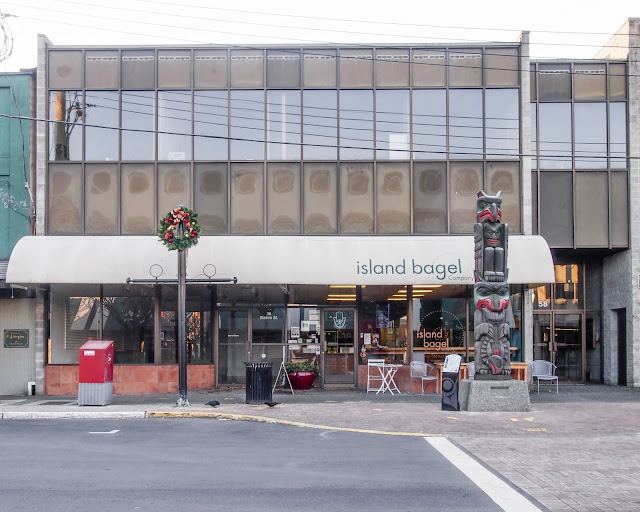 The next two images give an idea what most of the downtown stores still look like. 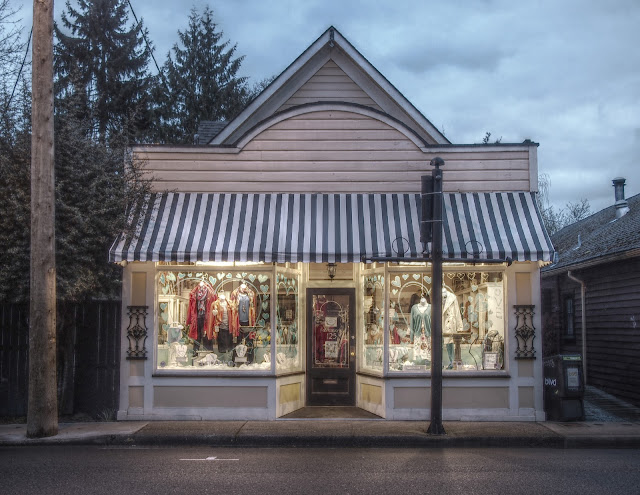 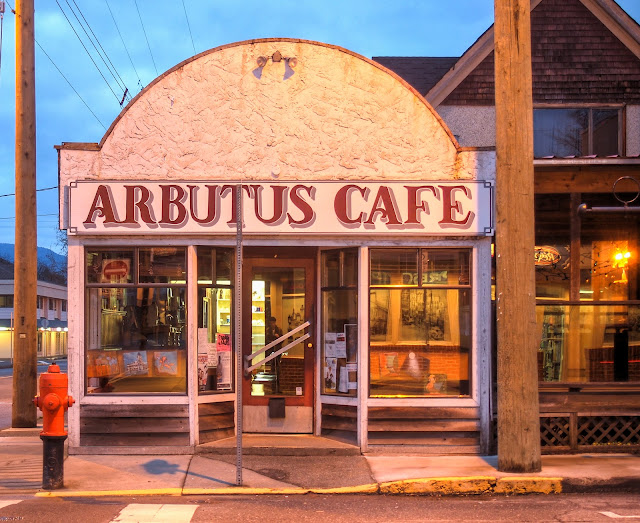 One of the older buildings in town, across from the old Chinatown now government and court buildings, had the Chow brothers convenience store in it for most of the twentieth century. We could buy single cigarettes in there and it was a great place to shop for Marvel comics and the likes as well. For most of that century the parking lot was swept by a small Chinese man named "Happy". 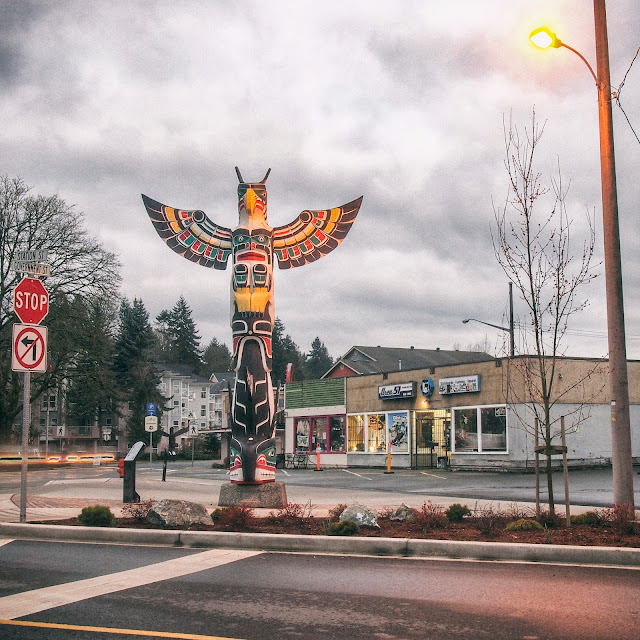 Duncan is called the city of totems. There is a tradition here of brilliant native carving. There is also room in our city for guest carvers. The next image shows one of them. Consider this an intro to a future blog post about Duncan's totems. 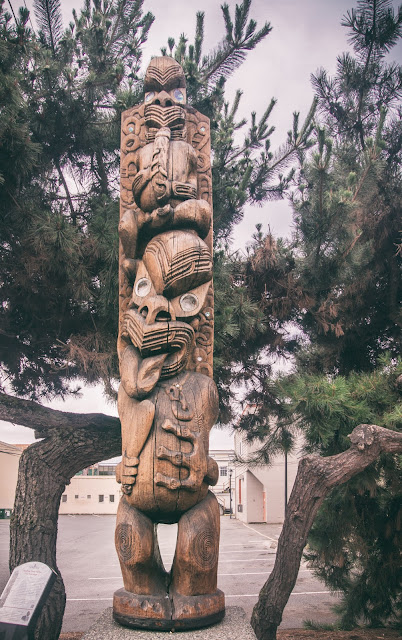 This blog post could go on forever. Beside the Station or the totem poles there are churches and their unique styles, new buildings, and more topics for future episodes. Thank you for being here with me and take care until we meet again.
Posted by Joseph de Lange at 6:47 PM 2 comments: