The other day I visited Victoria BC for an hour and spend 10 minutes around one of my favorite disappearing landmarks. Since I'm no longer defending the importance of history of the city and the way it is preserved (the younger generation does not appear to have much worry about that sort of thing, or at least it's their job), I can show photographs of history's disappearance without comments. I'm looking at the Pandora Street bridge. It is half gone, but it's still part of the main arteries connecting Victoria across the inner harbor, ready to be replaced by today's style, which probably is not what the future requires, but that is development, lol.
The bridge and its surroundings make for an interesting area from the early Victoria days that now, for many years already, has old buildings no longer used waiting for upgrading or renewal. The replacement of the area mixes old and new in the facade and that is positive enough. Personally, and aesthetically speaking, I would have liked to see the bridge incorporated in this overhaul. At any rate here is another project that I try to follow and photograph as it develops.
Sometimes I have a camera hanging around my neck, but more often there is just the phone, which I have supported since the first Motorola flip phone with the first camera (I love camera phones and they get closer to some kind of perfection by the day), and even though no longer Motorola, these images are here thanks to the camera phone. 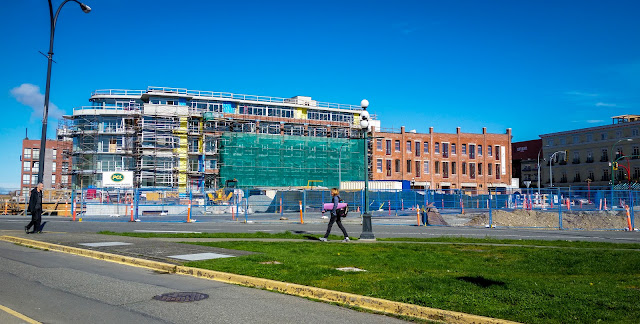 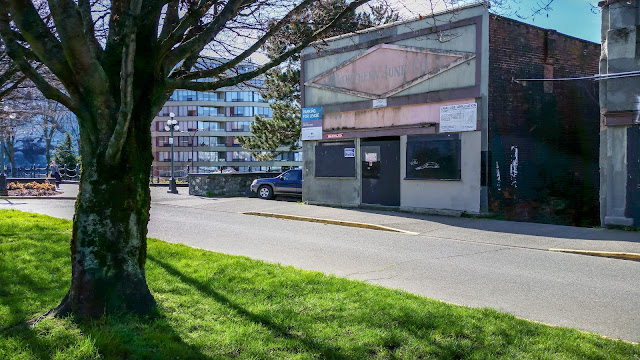 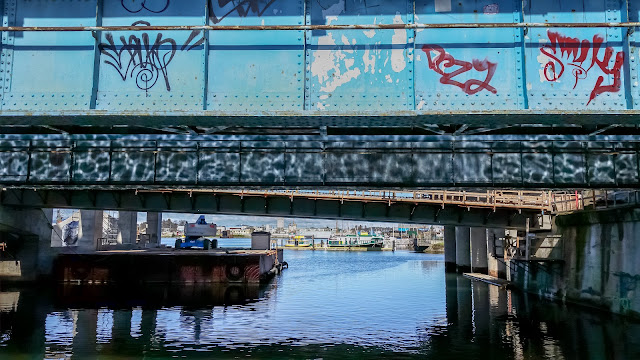 Across the Gorge development is recent and I haven't thought, so far, about photographing that side. On the downtown side, however, there are more photos here and here.
And the spring geese often with friends are here year after year as well. 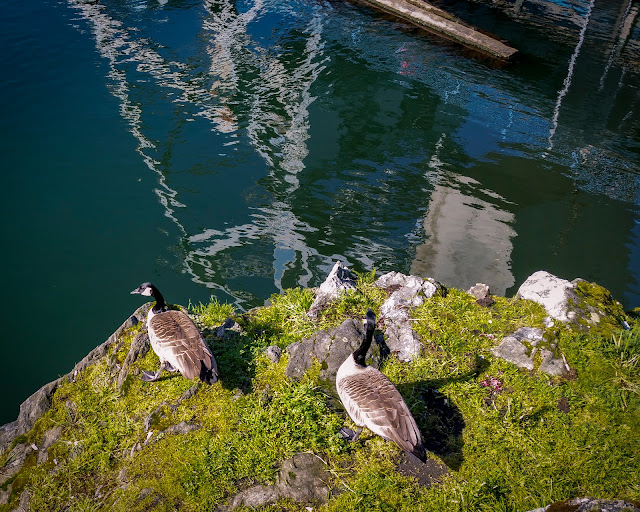 Anyway walking through Victoria it is nearly impossible to miss this area,  so updates showing major developments are definitely among future entries in this blog.
Posted by Joseph de Lange at 5:21 PM No comments:

Most of Duncan's downtown core was built in the mid to earlier nineteen hundreds and shows history of this town. The old buildings are mostly two stories and lend a very spacious small town feel to Duncan. In 2014 I did a camera walk around the half dozen blocks with stores. The results of this walk can be seen here on Flickr. The old buildings are slowly disappearing. The buildings that bite the dust do so for a variety of reasons. They get replaced by taller buildings but so far I have not seen any that actually beautify the City of Duncan.
In the center of Duncan's downtown area on the corner of Craig Street and Station Street stood an old store building. Some years ago a snowplow drove into the building after which the building was condemned. 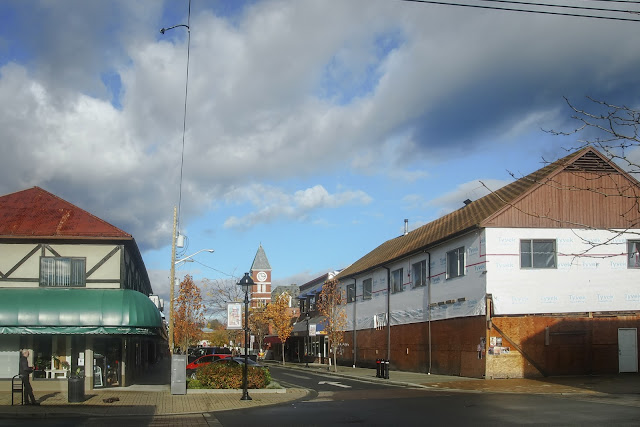 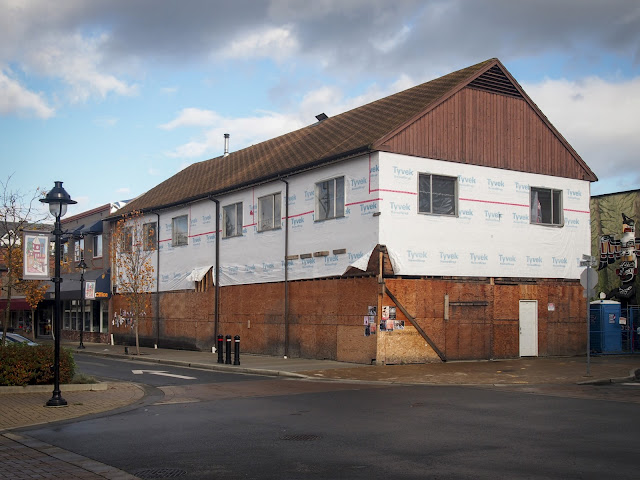 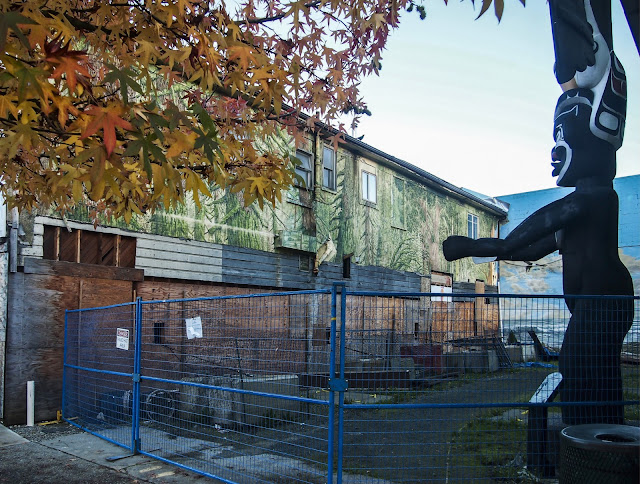 The building was eventually removed and replaced with a lawn. Now of course we wonder what will be built here. Replacing buildings one at the time on small building lots must make any overall planning very difficult. 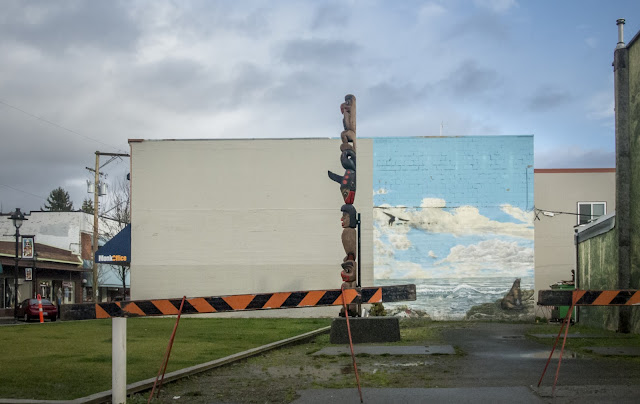 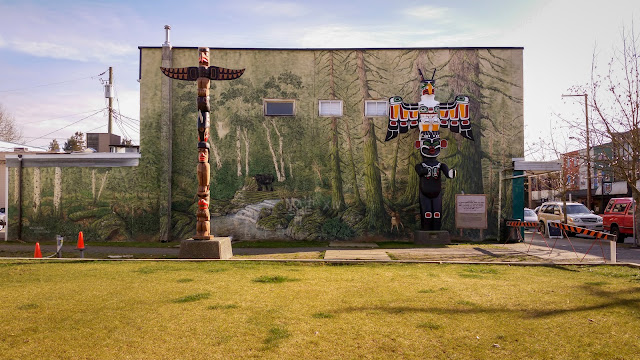 At any rate later this year I like to photograph some of the newer buildings that adorn downtown Duncan's skyline. Of course any development on this here lot will not go unnoticed either and these developments will be part of future blog entries.